We spent the day driving south towards Shore Acres State Park which is south of Coos Bay and is composed of three state parks. There are many things to do, one being the Simpson gardens. The Simpson family were wealthy lumberman and shipbuilders and in the early 1900’s built a private estate with luxurious gardens featuring trees, shrubs and flowering plants from around the world which were brought aboard the Simpson sailing ships.  The mansion was destroyed in 1921 and in 1942 the land was purchased by the state. The state restored the gardens and is now a year round attraction.

We visited South Jetty beach and again spent time with Bily and Maggie on the beach. They had such a good time exploring.

Later we went to Florence to walk the towns, shops and marina. We went with some good friends (Rob and Dottie) we met and had dinner at the Waterfront Depot, luckily we were able to get reservations for the middle window table. 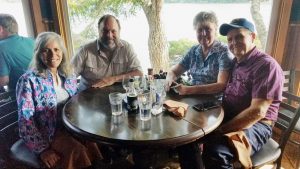 Here are a couple of pictures of our camp site at South Jetty. 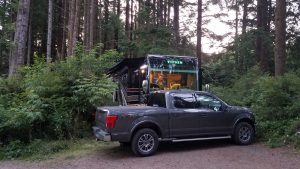 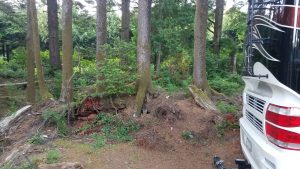 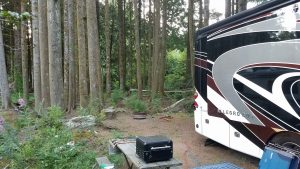