Here a little history about us, Bob and Jo-Ann Lance.

I joined the Navy in 1976 in the delayed entry program and when into boot camp in Jan 1977 in San Diego.  After boot camp I stayed in San Diego for Basic Electronics and Electricity (BE&E) school which was about 6 weeks long. During the school a submarine recruiter talked with the class and was looking for volunteers for submarine duty. I was originally scheduled to go to radar school in Great Lakes Illinois for 6 months. When the recruiter spoke about going to Pensacola Florida for Submarine Electronic Technician Electronic Warfare Maintenance Technology, my hand was up in a flash! No snow, just beaches, warm weather, I’m in! So my submarine life began. Over the next year or so, I finished the schools in Florida then to Groton Connecticut for basic submarine training and a few more schools. Then on to my first submarine home ported in Norfolk, Virginia, USS Sea Devil SSN 664 from Oct 78 – Feb 84. 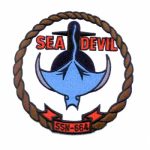 I reported aboard as a Electronics Technician (ET) third class petty officer.  I was one of the Electronic Support Measures (ESM) technicians. I earned my Enlisted Submarine Warfare pin and spent a bit over 5 years and was promoted to First Class Petty Officer during my tour. We did a home port change to Charleston, South Carolina. During this time I meet Jo-Ann through some mutual friends while home on leave. We dated on and off for a year or so before we were engaged and then married in July 1979.

Then on to Mobile Technical Unit Ten (MOTU Ten) in Charleston, South Carolina from Feb 84 – Feb 87. Here I was on call to the fleet as a system expert in many systems. I become an instructor for basic soldering, radio and Telecommunications Electronics Material Protected from Emanating Spurious Transmissions (TEMPEST) classes. I became a TEMPEST inspector and did many shipboard inspections. I was selected to Chief Petty Officer during my tour. 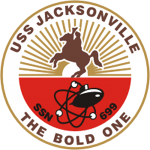 Next I was detailed to USS Jacksonville (SSN 699) home ported in Norfolk, Virginia from Mar 87 – Sept 90. I was originally detailed to USS Spadefish SSN 668 but was routed to USS Jacksonville as they were on deployment and they lost their electronics chief.  In 1988,  we participated in a shock trials test program for Los Angeles-class submarines, which was followed by a three-year major modernization overhaul in Norfolk Naval Shipyard. I was selected and promoted to Senior Chief Petty Officer. 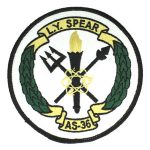 Then on to my next duty station as the Senior Ships Superintendent for the repair department aboard USS L. Y. Spear (AS 36) home ported in Norfolk, Virginia from Oct 90 – Jun 94. We deployed to the Persian Gulf in support of Operation Desert Storm and we were the first ship to arrive in Kuwait to help rebuild. I was selected as a Chief Warrant Officer 2 (CWO2) and sent back to Pensacola Florida for Officer Training School.

As a CWO I could not go back to submarines and was detailed to USS Conolly (DD 979) home ported in Norfolk, Virginia from Aug 94 – Dec 97.  She was on deployment in the Mediterranean when I arrived. I was the Electronics Material Officer (EMO) and I earned my Surface Warfare Officer pin and qualified underway Officer of the Deck (OOD). I was also qualified as the Tactical Action Officer (TAO) and enjoyed deploying the helos and firing the 5″/54 caliber Mark 45 guns. We did a home port change to Jacksonville, Florida. 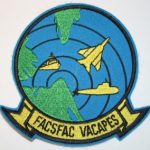 My last station was on the air side of the Navy at Fleet Area Control and Surveillance Facility, Virginia Capes (FACSFAC VACAPES) in Virginia Beach, Virginia from Dec 97 – Aug 00. I was the Electronics Material Officer and Supply Officer.  We managed the Virginia Capes Operating Area (VACAPES OPAREA / VCOA) which is a surface and subsurface operating area off the Virginia and North Carolina coasts. I was selected and promoted to Chief Warrant Officer 3.

This was my last duty station as my detailer could not find another position that I had not already done and the one thing I enjoyed the most in the Navy was that every position I took was always new and challenging. The only thing he could offer me was the Assistant EMO on the USS Carl Vinson CVN-70, but I had completed EMO assignments on a destroyer and an air traffic control facility and as I had completed positions in the subsurface, surface and air side of the Navy, I elected to retire after 24 years.